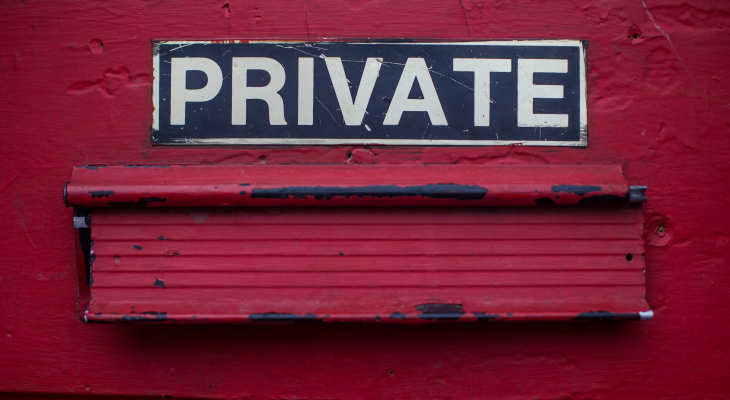 The tracking landscape post GDPR, adverse effects on competition and a market for compliance technologies

In this article we look at the effect GDPR has had on the tracking landscape,
online advertising in Europe, and provide a set of recommendations for machine readable legislation.

Having been a hot topic of discussion for at least the last 2 months, it is unlikely that GDPR needs an introduction. So in brief: the regulation applies to the processing of personal data of European citizens. Companies engaged in such processing activities are subject to compliance, regardless of whether or not they operate in the EU1. An important aspect of the regulation is the pressure put on companies to obtain consent from their European users for the processing of their personal data. This is why prior to May 25th, 2018 there was a surge in emails in your inbox, and it's also the reason for the numerous popups you see when visiting websites.

GDPR was announced two years before it came into force, and it was not the overhaul of privacy legislation one could believe it was from reading the press. In fact, GDPR came as a major update of the previous EU Data Protection Directive2 which has been around since 1995. Designed to harmonize the data protection legislation in the EU, and catch up with technological progress in the last 23 years, GDPR comes heavily loaded with legal language that many have found hard to navigate. Daphne Keller of the Standford Center for Internet and Society said "The final GDPR text is riddled with ambiguous passages", suggesting that the ones who will benefit the most from GDPR are data protection lawyers3.

So, what happened? This is the question we are all left with. We will be using whotracks.me data to make sense of the effect of GDPR on the tracking landscape in the web and on online advertising, the behemoth of third party services on the web.

We take 2000 websites profiled on whotracks.me and compare the tracking landscape in these sites as a function of the origin of the users visiting. We want to compare the EU, subject of GDPR, with the US.

In fact, if we look closely, since April 2018 the average number of trackers per page in the EU has dropped by almost 4% while in the US it has increased by 8%.

If we take the top 2000 domains visited by European residents, and check how the average number of trackers per page by the category of the website, we notice that there as been a reduction in the number of third parties almost across the board.

The reduction seems more prevalent among categories of sites with a lot of trackers. We see a 7.5% reduction in the average number of third parties per page from April to July in News websites. This is in the same direction as what was identified by a study published last month by the University of Oxford. They looked at news websites, and found that the number of cookies set on page decreased on average by 22%4.

Some websites, like The Los Angeles Times, interrupted their operations in Europe, others decided to offer text only versions of their websites if the user does not consent to sharing data with third parties, like npr.org. What we are certainly observing is a rise in the usage of consent management tools, for which we wrote about in more detail back in June.

Third party services: the winner takes it all

Both the most lucrative, and the most pervasive of all services performed by third parties is online advertising - the 'fuel' that keeps a large part of the web running.

Online advertising in 2018 is estimated to be a $270 billion5 market, and expected to grow by more than 20% in the next two years. This is the market that third parties are competing for, and when the prize is so high, worries over GDPR having regressive effects on competition are understandable. As in most markets, the presence of monopolies is something regulators try hard to avoid6. The question is then: Has GDPR, designed to enhance user privacy in the web, had any adverse effects on competition?

At present, whotracks.me has profiles for more than 1000 trackers, out of which about 200 are classified as advertising services. For each of these trackers we have data on what percentage of the measured web traffic we have observed the tracker to be loaded - reach12, as well as what percentage of websites the tracker is present on - site_reach13. Monitoring reach and site_reach gives us interesting insights into the structure of the market these trackers operate in, as well as their relative market share. Using whotracks.me data, we can do that at scale. Each month we have on average about 300 million page loads and more than half a million websites.

If we rank each tracker by its reach, and measure changes in reach since April, we notice that in Europe, most advertisers appear less.

The same trend persists when we look at site_reach.

Google's advertising services have maintained their market share, while other advertisers across the board have lost reach. There could be several reasons to explain Google's favorable state post GDPR:

Using a tracker's reach as a proxy for market share, we measure that GDPR may have had regressive effects on competition in the online advertising space in Europe.

GDPR has had a measurable impact on advancing the rights of European citizens on the web. We believe one of the most important contributions of GDPR is the increased transparency on how personal data is moved around, as well as the management of consent from the user, and think GDPR 2.0 should strive to be machine-readable as opposed to human-readable.

GDPR came as an update to the EU Data Protection Directive, primarily because the evolution of the web in the last 20 years rendered the old regulation obsolete. Human Readable is not the way to design a law that aims in large part to regulate interaction in the web. The design of the tools meant to empower users are left to the service providers, whose incentives don't exactly align with that of the users. This can give rise to deceptive interfaces and UX patters, designed to exploit human cognitive biases.

What we need, is a GDPR 2.0 that pushes for machine readable standards, giving rise to user-focused solutions, simple, non-deceiving interfaces, thus creating an industry of privacy and compliance, where technologists keep other technologists in check.

Here are our recommendations:

In Europe, GDPR has thus far had a measurable impact in reducing the average number of trackers websites put in their pages, while in the US the opposite is true. The increase in transparency benefits users as they enjoy an increased control over their data, but the UX of the services managing that consent does not always have users' best interest in mind.

On the other hand, in Europe GDPR has led the online advertising market to become more concentrated, as the majority of advertisers lose market share. If this trend persists, it is possible that GDPR is having adverse effects on competition. For users this means that while the number of third parties asking for access to their data is decreasing, a tiny few are getting more of their data.

To Regulators, and especially the supervising authorities responsible for the enactment of GDPR, we think you should strive for creating incentives for industry players to keep each other in check, thereby creating a market for privacy. The only way this can be achieved is by pushing for a machine readable legislation that enforces standards.