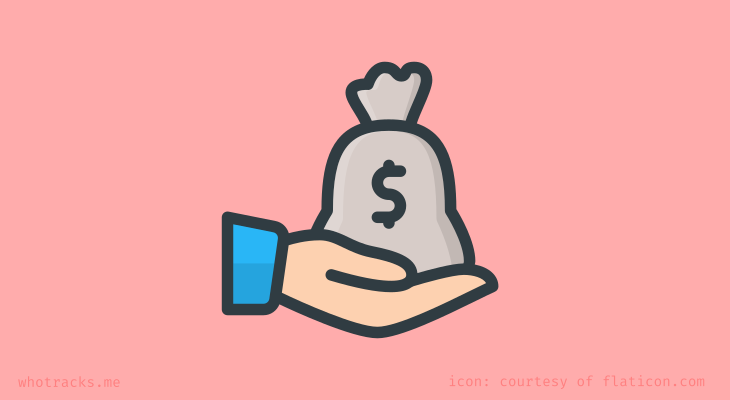 The impact of third-party trackers on website speed in the United States.

This post is a summary of the paper "The Tracker Tax: the impact of third-party trackers on website speed in the United States". Full paper can be found here.

Earlier this month, we published a study titled, “The Tracker Tax: the impact of third-party trackers on website speed in the United States”. The goal of this study was to shed light on the impact of trackers from a performance perspective, rather than the more frequently studied privacy standpoint. Previous research on the topic has looked at the ubiquitous nature of online tracking and their various business models1, pervasiveness of tracking, especially among news websites2 and the privacy implication of tracking in the wild where a few companies have extensive reach on web traffic 3.

Beyond privacy concerns, we are left with one question: Do trackers cost us time? More specifically, what is the relationship between the number of trackers and the time a page takes to load? We call this tracker impact on the website page load times, also referred to as page latency, the Tracker Tax.

Intuition tells us that the more trackers present on a page, the longer it would take that page to load; however, this hypothesis had not been tested on a large scale. Web privacy measurement framework, OpenWPM has been used by numerous researchers to collect data for privacy studies on a mass, automated scale, but this tool was not built to measure website performance metrics like page load time. So we built a custom crawler to collect the number of third-party trackers on a website and the time it took that page to load. The crawler was built with Selenium running Chrome, making GET requests from a server based in New York City, and used Ghostery to collect two metrics per page load: the count of third-party trackers and number of seconds to load the page.

Ghostery detects third-party trackers by matching URLs from HTTP requests against their trackers' database, which currently contains over 3,000 tracker companies and 4,700 tracker patterns. To measure the time it takes a page to load, Ghostery uses Mozilla’s Window.performance API 4 by taking the delta between domContentLoadedEventStart and requestStart. We chose to use Ghostery to measure tracker count and page load time so the public could replicate similar, independent analyses by simply installing the browser extension on their own and loading a website to easily see these two metrics.

We ran the custom web crawler five times on each of the top 500 websites in the United States, as determined by Alexa 5. Data cleaning included removing domains with fewer than five successful measurements, and excluding four Chinese websites from the sample. We excluded these websites because we suspect there are China-based trackers that are not yet accounted for in the Ghostery database. Further, to account for variation in the data, we filtered out the fastest and slowest page loads per site (and their associated tracker counts), so that the data would be less sensitive to outliers and data collection errors. The crawler was run under two configurations: 1) with no trackers blocked, and 2) with the Ghostery browser extension blocking all trackers. Both configurations underwent the same data cleaning process.

Figure 1: Distribution of the number of trackers

There are several differences between our two studies which may explain the increase in tracker dominance seen in this study. Firstly, this study’s sample contains the 500 most popular websites in the US, while our previous study analyzed 144 million page loads across more than 12 countries. By only considering the most popular websites and neglecting the long tail of more obscure ones, it is not surprising that this study saw a larger proportion of sites with a tracker. Additionally, the data for this study was synthetically generated using a custom crawler, whereas our previous study used data gathered from users of the Ghostery browser extension who had opted-in to the collection of information about trackers on pages they visit. While the methodologies differ, both studies verify tracker pervasiveness throughout the web.

Without blocking trackers, only 17% of all the pages in the study loaded within 5 seconds. All other pages loaded much more slowly: it took more than 10 seconds to load nearly 60% of the pages, more than 30 seconds for 18% of the pages, and nearly 5% of the pages took over a minute to load. This long tail cannot be ignored and suggests Internet users waste a lot of time every day simply waiting or websites to load.

While we found that websites are generally slow to load, can any of this page latency be explained by the number of third-party trackers on that site? To answer this question, we calculated the average page load time for each tracker count. We excluded both tracker volumes with fewer than five observations and page latency outliers within each tracker count (identified using the interquartile range rule).

To quantify the relationship between the number of trackers on a website and the average time it took that page to load, we ran a simple linear regression (adj-R2 0.802) which suggested that each additional tracker adds, on average, 0.5 seconds to the overall page load. The next model we fitted, which included a quadratic term (adj-R2 0.836), suggests that trackers have an increasing impact on page load times. However, these linear models both exhibit heteroscedasticity – uneven variance of the error terms – and thus violate linear regression assumptions.

Figure 3: Log Latency as a function of the number of trackers

A Box-Cox test showed that log-transforming the response variable would realize the best fitting model, and also act as a variance-stabilizing transformation. The log-linear model (adj-R2 0.885) on the transformed data indicates a compounding effect: if the tracker count increases by 1, we expect the page load time to increase by 2.5%.

We also assessed the difference in page latency when trackers are blocked rather than allowed. The data showed that the average page load time was twice as long when trackers are not blocked: the mean page latency with no trackers blocked and with all trackers blocked was 19.3 seconds and 8.6 seconds, respectively. These time savings from blocking trackers are even more drastic when only considering the 10 slowest domains in the sample. We saw that average load times were 10x faster, and blocking trackers saved an average of 84 seconds per page load.

The term “piggybacking” describes the practice of one tracker that is placed directly on a website giving access to other “piggybacking” trackers that are not originally on the site. We observed this phenomenon in our data: page loads were not the only metric significantly reduced when trackers were blocked, there were also fewer trackers detected on the page. We saw significantly more trackers per page when trackers were unblocked compared to blocked, in fact, among the domains with the highest average volume of trackers, there were on average 93 fewer trackers present per page load when tracker blocking was enabled.

Piggybacking can create a snowball effect, where trackers bring in more trackers that can then bring in even more trackers; and as suggested above, each additional tracker slows down a website more than previous ones. This not only has notable performance implications, but also profound privacy concerns since these trackers are not directly on the site, so site owners may not be aware such intrusion is occurring.

The data in our study clearly showed the pervasiveness of online tracking, as nearly 90% of the most popular sites in the US had at least one third-party tracker present. Our study also confirmed the strong, positive link between the number of trackers on a page and the time it takes that page to load. Generally, the more tracks on a site, the longer the user will have to wait for that site to load. Quantifying this relationship depends on the model used, however the optimal model we found shows a compounding effect: for every extra tracker on the page, the time it takes for the page to load increases by 2.5%.

While our current study focuses on only the most popular domains in the United Sates, it would be valuable to apply this framework to other regions to see if similar trends persist elsewhere. Additionally, future work may include measuring additional performance implications of trackers including data transferred. This data transferred, which occurs when trackers make requests to other servers, bears real monetary costs to the user, particularly on a mobile device where data plans are typically based on data used. Expanding this study to assess data transfer on mobile could be translated to the out of pocket expense suffered by the user, in addition to the more subjective dollar value of the user’s wasted time waiting for pages to load.

Other future work may also include looking at the relationship between bounce rates and page load speeds, to calculate a hypothetical tracker value measure. Given the additional time trackers add to page loads, and research suggest that slower pages lead to a loss in site traffic, one tracker should provide the same value as this lost site traffic. As bounce rates are likely influenced by other factors besides page load speed, like funnel page and domain category, this potential future research involves several additional considerations.

Moreover, the tracker tax may even have more pronounced implications in the United States following the recent repeal of net neutrality. In a time without such net neutrality regulations, users and their browsing speeds may be squeezed from both sides – by the ISP and the online tracking ecosystem. We may then start to see more of a two prong tacker tax: the direct monetary impact imposed by the ISP and the more subjective dollar value to the user for longer load times, and therefore more unproductive time imposed by trackers.

In the wake of the net neutrality repeal, now more than ever users must consider the performance implications of browsing online without protection from trackers. The added waiting times incurred by not blocking trackers are not trivial, especially as the population is spending increasingly more time online. Luckily, various tracker blocking tools are available so user can not only protect their privacy, but also speed up their browsing experience by avoiding the tracker tax.