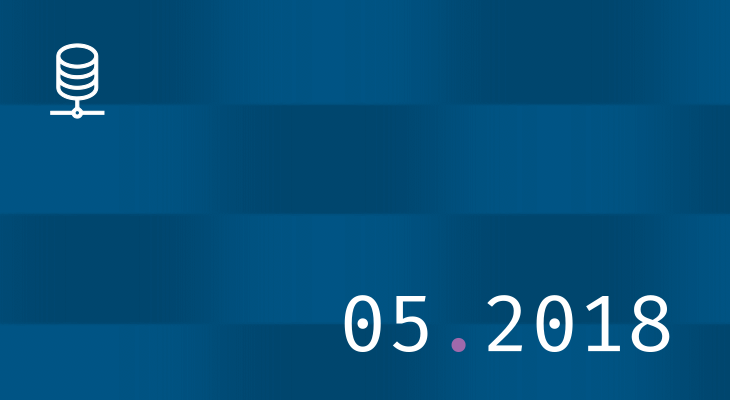 May Update - Countdown to GDPR

This post is one of our regular monthly blogs accompanying an update to the data displayed on WhoTracks.Me. In these posts we introduce what data has been added as well as point out interesting trends and case-studies we found in the last month. Previous month's posts can be found here: April 2018, February 2018, January 2018, December 2017.

This month we update the site with data from 340 million page loads during April 2018. We expand the number of trackers shown to 951, and the number of websites to 1330. As this will be the last full month before the GDPR comes into force for European users, this will provide a benchmark to assess whether there is an observable difference on the tracking ecosystem.

This month also saw our new paper "WhoTracks.Me: Monitoring the online tracking landscape at scale" published on Arxiv. This paper covers the methodology behind the data we collect here, and how we ensure no private information can be leaked during this process.

Facebook have been in the news a lot in the last month, and with the #deletefacebook trending, will there have been an effect on their operations and bottom line? We already reported that despite strong criticism in the press, the same news sites did not stop using Facebook's tracking tools.

The data we release this month shows that this continues to be the case, with no drop in tracking reach for the Facebook tracker.

Google and the Countdown to GDPR

With GDPR coming into effect on 25th May, we will soon see if it has an impact on the number of third-party trackers loaded on web pages. Recent reports indicate that Google will encourage publishers to reduce the number of AdTech vendors they use, in order to increase the chance of getting consent for tracking from users. If this is the case, we should expect this change to be visible in the WhoTracks.Me data.

As we reported last month, we observe a gradual decline in the average number of trackers seen on websites. However, if we look at sites which use Google's Doubleclick Ad Network on more than half their traffic, the majority of them are still well-above this proposed 12 tracker limit (red area). With only a few weeks to go, there will still be be a significant number of sites over the limit.

If we were to consider the most extreme scenario, where Google compels all customers use their GDPR consent system for European users, and enforces a 12 vendor limit in the process, this could have a significant impact on the ecosystem. If we extrapolate from WhoTracks.Me data, capping all these sites to 12 trackers means that over 1,300 trackers would disappear from sites. AdTech companies deeper in the supply chain may be completely cut out unless they have direct publisher relationships which enable them to make the vendor shortlist.

Such a sharp change in the ecosystem is unlikely, but it demonstrates the power of Google's market dominance, that they would be able to unilaterally pull the plug on a lot of their competition. We will continue to monitor the ecosystem to quantify any changes to tracking, and look forward to reporting the changes, if any, caused by the new regulation.

As customary, here below are the sites with the most notable changes this month. The largest increase in the average number of trackers per page load was measured in markt.de, and the largest decrease in babbel.com.

NB: The code used to generate the data and plots for this post is available in Jupyter Notebook.